The year 2015 arrived amid twiglets, cheesy footballs, copious amounts of excellent champagne and a jaw-droppingly spectacular display of fireworks on the telly.

After a nice sleep, it was off to Wales for a Big Breakfast with son #1 and then an airy tramp around the edge of the salt marshes of North Gower and through the pines and the dune of Whiteford Burrows to Whiteford Sands.

It’s a while since we’ve been to North Gower. It’s the wilder poor relation with less pretty beaches than the extremely popular South Gower but it’s wilder, and in a way, more rewarding.  You can’t park a car near a beach so the fact that you have to walk guarantees that the beaches are quieter.

The weather forecast was grim. Medium rain in the morning, heavy rain in the afternoon – and windy.  The reality was dry gloom with dingy-grey clouds moving threatening overhead but sparing us any downpours.

A 30mph wind (slight gale, really) sent long, sinuous sand creatures racing up the beach and brushed the undulating soft dune grasses.  The colour was turned down but it was beautiful nevertheless.

We met maybe eight other people out walking – most of them with dogs capering, slightly crazed by the wind and freedom.  We wished each other ‘Happy New Year’  I like it that strangers still talk to each other in Wales, although to be fair, some of the accents were English.

We ran up and down the dunes like kids, not having any actual kids with us. I took photos and gazed out into the grey towards Burry Port, Pembrey.  The light wasn’t good but it was very very good to be standing on a high dune overlooking one big curving, deserted beach and then tramp into the wind as it tore at our coats.

It was a very good start.

Oh, by the way, I’ve got the WordPress ‘How You Did in 2014’ thing, which isn’t very impressive. There were huge chunks of time, apparently, when I didn’t blog at all then in November I blogged every single day. I’m patchy, to say the least!

So I think the subtext of the report is “Could do better.”  I shall resolve to write more here this year. That’s the first resolution done. I haven’t thought of any others yet. It may take some time.

While I think about that I’d like to wish anyone reading this a Happy and Healthy 2015. 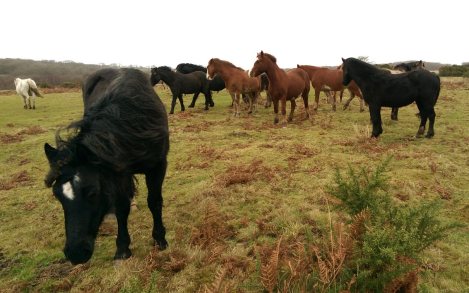 Gower ponies grazing on the commons 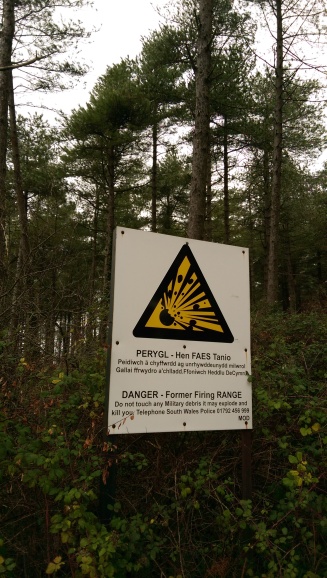