Swimming in the rain

I was due to meet a friend for a dog walk on Sunday morning and, as usual when we arrange to meet, it started raining. Cleeve Hill, the highest point in Gloucestershire, was lost in cloud and it was pelting down in Cheltenham.

But, while it was raining, it was also warm and much as I love my pal’s two working cocker spaniels, my overwhelming urge was not to squelch over the common but to head for the Lido.   It was an ideal day for swimming in the rain.

The water has to be warm or warm-ish for swimming in the rain in Britain, so that the water which lands on your head is much colder, a bit like a therapy treatment or perhaps a brief form of torture. If the storm is forcible enough, you can feel single drops of icy coldness splatting on your head, which is bizarre and kind of invigorating.

I’ve experienced it in British swimming pools and once in the sea on the west coast of Scotland where the water was so, so cold it felt like my whole body was on fire.

But the best experience was in the Caribbean at St Lucia.

I was completely absorbed, snorkelling in an undeveloped bay, being inspected closely by a squadron of cuttle fish lined up watching me, the alien intruder.

The first thing I noticed was the sound – a sudden white noise in the water.

According to the light conditions, the underside of the surface of the ocean looks like a constantly undulating sheet of smoothest silver-grey silk. On a calm day, it’s like a limitless sheet billowing and shiftly softly in an air current.I could lie suspended in the water and watch it for ages, observing the long dazzling-silver barracuda that speed-skim  just millimetres below the surface, yet never breaking the surface of the water.

With the sudden white noise came a wonderful disturbance – the silk sheet was broken all over with a million dimples appearing and disappearing as the rain hit the ocean.

I noticed it on my head last of all because the rain was so warm. I felt held and secure in the Caribbean as I watched the effects of the tropical shower on the undersea world. Fish came to play just below the surface, enjoying the movement or maybe the extra oxygen that rain was introducing to the salt water.

It was when I discovered something new about fish.

I wasn’t too far from the rocky cliffs at the mouth of the bay and part of the cliff formation was a rocky dish, part above, part below the surface of the water.

With each wave, that hit the rock just above, this dish would fill up and a cascade flowed out of the side of the rockpool, just the way liquid pours from the lip of a jug. The water was full of air bubbles created by the movement above.

There was a lot of fishy movement around this whole area and I was intrigued because they were all swimming about pell-mell very close to the surface.

It was easy to see what was happening. Ten to fifteen small fish of several different species swam into the ‘pool’ only to be washed out of the spout as a wave hit the rock above. They poured out, swam around and back into the pool on the other side again.

It was extraordinary. These fish were acting just like kids at an aqua park. One swoosh was not enough, they were practically queueing up to go down the water shute again and again and again.

Who knew that there are such fun-loving fish?

Not just me that likes swimming in the rain. They obviously do too. 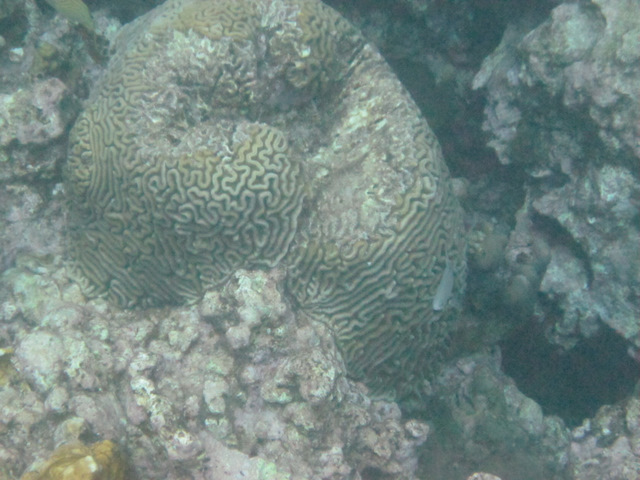 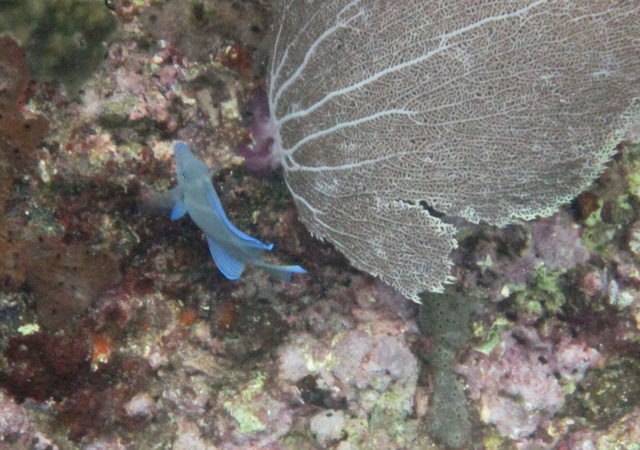 6 Responses to Swimming in the rain